Dreaming of a better life for himself and his family, impoverished priest, Harihar Ray, leaves his rural Bengal village in search for work. Back home, his wife, Sarbojaya takes care of their daughter, Durga, their son, Apu, and their elderly aunt, Indir. Even though the adults must face daily indignities, the children still enjoys the small pleasures of their difficult life. 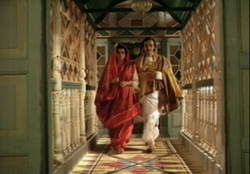 ​In the early 1900s of colonial East Bengal, the wealthy Nikhilesh feels compelled to test the love of his wife, Bimala. He introduces her to his friend Sandip, a politician fighting against British rule.
Personal and political tensions subsequently flare as Bimala has to make a crucial decision.. 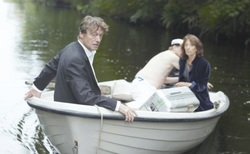 ​
Janne, an irresponsible, aging club promoter is arranging a nightclub opening with his older sister, Jackie. However, an accident turns his life upside down and forced by the people around him, he desperately seeks a way out. 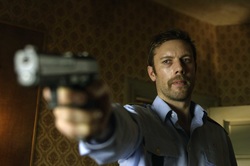 
Robert, a timid city policeman is reassigned to protect and serve in a sleepy town in rural Denmark. Robert comes to face with the local thug and wife-beater, Jorgen and to make matters worse, Robert begins to fall for Jorgen's spouse, Ingerlise. As the townspeople dismisses Robert's attempts,
he struggles to maintain order in his new jurisdiction. 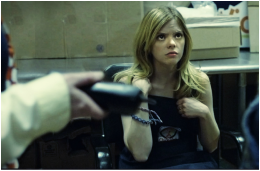 A fast-food worker is accused of theft by her boss after being tipped by an anonymous phone call from an alleged cop and subjects her to increasingly harsh forms of interrogation. 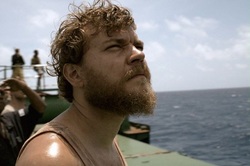 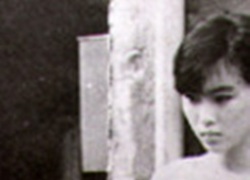 
A young man is pulled into crime and then murder. He falls in love with a beautiful young prostitute who sells herself to a brothel to pay off his debts. When the young man tries to buy her contract from the brothel owner, he kills one of the bosses' thugs in a fight. A crime syndicate that the young man willingly affiliated himself with failed. Now on the run from both criminals and the police, the star-crossed lovers flee through Taiwan. ​
KINO MUSIC 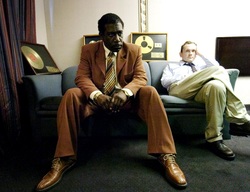 
​When a man answers an ad to train as a record producer, he is excited by the prospect of signing undiscovered artists, only to discover his new job isn't all it's cracked up to be.
KINO SCIFI​

​As a planet hurtles toward a collision course with Earth, two sisters, Justine and Claire, cope with the approaching doomsday in different ways.
KINO JUNIOR

Julie, Mette, and Naisha are a group of neighborhood friends. They play snowballs, talk about boys, and waits for Christmas to come. One day Naisha suddenly disappears. With a secret address written in invisible ink as their only clue, they sneak onto the night train to the city to find her before the police does.
Shorts & Documentary for Children
(Denmark, G) 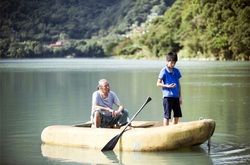 ​Bao stays with his grandfather for the summer and shocked to see there are no modern appliances.