The 100 Years Old Man Who Climbed Out the Window and Disappeared
A film by Felix Herngren
(Adventure, Comedy, R, 1 Hr 54 Minutes, Sweden, 2013)

After living a long and colorful life, Allan Karlsson finds himself stuck in a nursing home. On his 100th birthday, he leaps out a window and begins an unexpected journey. 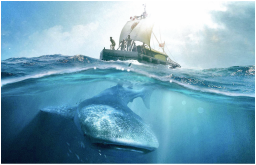 ​
Legendary explorer Thor Heyerdal's epic 4,300-mile crossing of the Pacific on a balsawood raft in 1947, in an effort to prove that it was possible for South Americans to settle in Polynesia in pre-Columbian times.
FIRST FEATURES 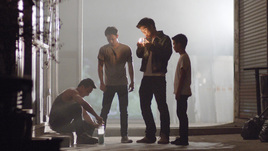 ​​
After the loss of both parents, 11 years old Oat faces an uncertain future when his older brother must submit to Thailand's annual military draft lottery. Unable to convince his brother to do whatever he can to change his fate, Oat takes matters into his own hands, resulting in unexpected consequences.


A story about Rain, a man in his thirties, in the quest for happiness, love and the purpose of his life, and about the people he met and places he went to that shaped his destiny.​
KINODOCS 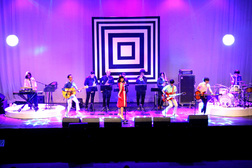 13 years after White Shoes & The Couples Company became a band on the campus grounds of Jakarta Art Institute, they return for a historic performance on the stage of Graha Bhakti Budhaya concert hall. Henry Foundation captures their onstage charisma like no other, as well as backstage moments filled with intimate stories of the early days and their beloved birthplace Cikini.


Sverre Nøkling is not your typical outdoorsman. For the past 30 years he has been living on his own in snow caves in the Norwegian mountains. Always on the move, using a pair of old wooden skis, he goes from one snow cave to the next in search of shelter from extreme blizzards and bitingly cold wind.
KINOKIDS WITH CLUB KEMBANG 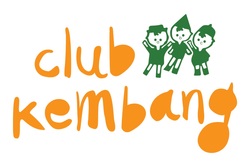 A collection of five Norwegian short films for children, that represent the future of the film industry in Norway, in all its cultural and artistic diversity. Suitable for children from the age of five.
​
10 April 2016 / 16.30 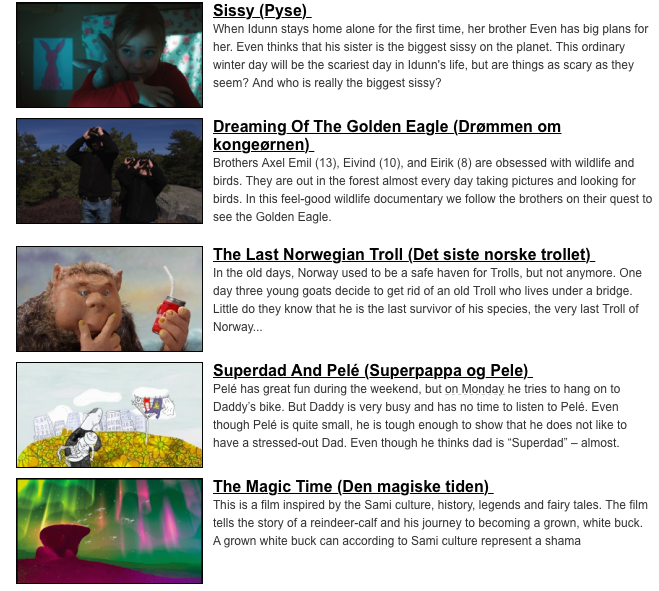 
A 10-year-old Norwegian girl falls in love for the first time. Her friends confront their own feelings as they witness her no-holds-barred battle with a rival student for the affections of a boy who moves into town. 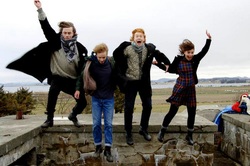 ​A teenage boy loses his footing when he finds himself drawn to the new boy in class.
​ 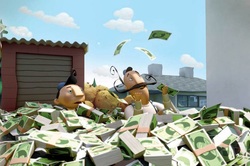 One day Kurt discovers that society basically does not respect forklift operators very much. His wife is an ambitious architect. His neighbor is a medical doctor. Not even Kurt's own kids seem to be very happy about their father's occupation.

A stressed father, a bride-to-be with a secret, a smitten event planner, and relatives from around the world create much ado about the preparations for an arranged marriage in India 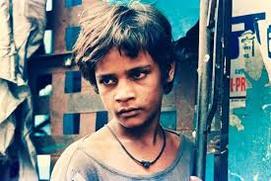 Heartrending story of the life lived back in back alleys and gutters of India. It is there that young Krishna must struggle to survive among the drug dealers, pimps and prostitutes.