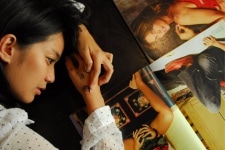 
Linda and Cahyono, two friends since childhood, meet each other again. Halim, a lonely dentist,
suddenly decides to marry his pretty assistant. Meanwhile Salma, manages to participate in the
Planet Idol show, and Romi and Yahya finally get a chance to experiment with intimacy. 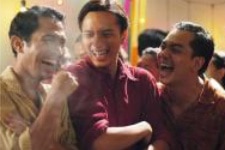 
Based on a true character, Soe Hok Gie is a central yet unknown political activist/writer in the 60’s,
the darkest era of Indonesian history. His life is a clash between a high drama of political events,
and the small world of friendship and romance. He falls apart when he sees that his constant battle
for justice and truth opens the door to another dictatorial regime. 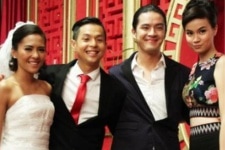 
Fate has determined that Ernest is born into a Chinese family.  He grows up in the New Order era
when discrimination against ethnic Chinese is very strong. Bullying becomes his daily diet.
He tries to mingle with his “indigenous” friends, unfortunately his efforts does not succeed,
until Ernest concludes that the best way to mingle is by marrying a native woman.​ 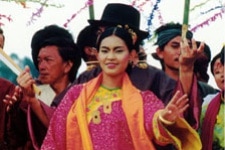 
Saturday, February 4, 2017 / 19.00
Friday, February 10, 2017 / 21.00
​
Set in the Peranakan culture in Indonesia (a cultural fusion caused by inter-marriage between native Indonesians and migrant
Chinese), Giok Lan, an elderly Chinese Indonesian woman adopted by a Dutch family during the colonial period, returns to
Indonesia to find out the truth about her family background. In a flashback, we learn that Giok Lan's mother was a 'ca bau kan',
a native Indonesian woman, Tinung, who was married to Tan Peng Liang.

Jakarta, Indonesia - May 1998, during two days of mass
violence, rioters killed thousand of people, most of
Chinese decent. A single Chinese-Indonesian mother
struggles to save her family as the riot approaches their
neighborhood. But for her 8 year-old daughter, that was
the day the sky roared.

For Sugiharti Halim, a name can lead to a never-ending
question. At one time funny, annoying, and contradictory.

Darto is a documentary filmmaker who one day records
an ambush at a pig farm, where the attackers assault
Ahun, the farmer’s daughter. When Darto has to go
back to the scene of crime to interview the family, he
discovers many mysterious things. He tries to flee and
finally uncovers the truth through his recordings.

A portrait of a monotonous relationship between
a husband and wife, highlighted through scattered
moments of their yearly wedding anniversaries,
set in an elevator.

Two preteen boys set on a quest of  personal
discovery, where they learn the true meaning
of power.

all you need is love 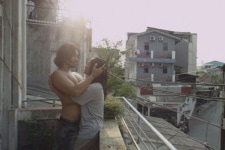 She gives facials in a cheap beauty salon. He makes subtitles for pirated DVDs. They find a soulmate in each other.
But their love is threatened to a tragic end when she stumbles upon an evidence of a corruption case linked to a
presidential candidate's closest aides.. 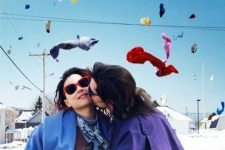 The story of an impossible love between a woman named Fred and a transgender woman named Laurence who
reveals her inner desire to become her true self: a woman. Set during the late 1980s and early 1990s, the story spans
a decade, chronicling the doomed love of Fred and Laurence, as well as the trials and tribulations that they face. 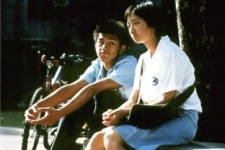 
An is-she-or-isn’t she gay comedy, focused on a Taiwanese teen, the boy she may like, and
the girl she may love.​ 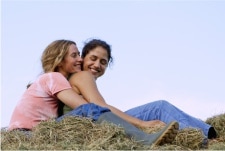 Set in 1971, Delphine, the daughter of farmers in countryside France, decides to move to Paris in attempts to find her
own life outside of her parents influence. After helping some feminists escape some trouble, she meets Carole,
who introduces her into helping their cause. Delphine introduces Carole into a whole other world as well.​
spotlight on b.w. purbanegara

The irony of communication gadget among kids.
How they actually communicate in real life without it?

Kids from different bacckground try to understand the
meaning of Bhineka Tunggal Ika, Unity in Diversity.

Story about a couple who define their relationship in
a poetic way. That woman would be happy if the man
sitting to her right. But the man always prefer to be
on the left.

The girl lends her lips to the boy who lends her a
pair of eyes. Her lips become his voice as his
eyes become her sight.